PUBG Patch 30 is here and it is chock-a-block with new features, vehicles and a brand new gun addition to the handgun section. What else? a revamped communication system in the game and a lot of minor changes.

So let us take a look at the changes in detail.

BRDM-2 is coming with PUBG Patch 30 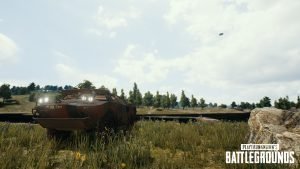 In this update, armored UAZ is getting replaced with BRDM-2. This new bullet-proof vehicle will let players drive through both land and water. “Players feeling froggy for a fight will now have the chance to call down an armor-plated amphibious assault BRDM-2 by using the Flare Gun!”

BRDM-2 is the powerful bulletproof vehicle that can reduce incoming damage such as ammunition based assaults as well as grenades and red zone damage. The total HP is twice the previous armored UAZ, with a capacity to board up to 4 players inside it.

“Bang Bang Pow? That’s the sound of two shots from a Deagle breaking a level 3 helmet.”

Desert Eagle is finally available in the game. It is going to be the strongest pistol in the game with the highest damage, and great muzzle velocity. It uses .45 ACP ammo and the standard magazine fits 7 rounds which can be extended up to 10 with the extended magazine attachment. 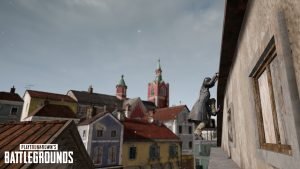 The gameplay mechanics of PUBG just got a big change with the ledge grab feature. This will allow players to take new paths by climbing up the edge of roofs, fences, and obstacles up to 2.5 meters high, and jump from building to building or container to container. With it, players will be able to reach places where they could not reach before!

However, the official PUBG statement mentions,

This is the first iteration of ledge grab, you cannot yet hang on the railings or slide down railings. However, ledge grab will be updated twice in total including this update, the dev team will keep working to enable those features just mentioned from the other update in the future.

Sometimes many players do not get to access voice chat, or sometimes teammates fail to coordinate among themselves because of language or region issues. The Radio Message system is introduced to bring a solution to this problem. This text-based Radio Messages will help the players communicate with their team more quickly and easily for successful strategic gameplay. However, the players can always mute any individual or team radio messages. 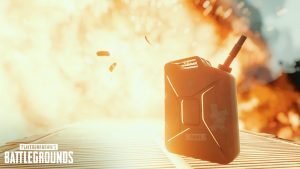 With PUBG patch 30, Gas cans are now more useful than before. Now it can be used as an explosive. Once it explodes, it will deal damage to all players in a radius around its location. If a player just put a gas can on the ground and hit it with bullets, it will explode. However, multiple gas cans will not multiply the damage. 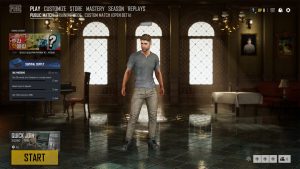 We’ve got new BP items for both looking good and keeping you statistically in the know on specific weapons, so to help you earn even more BP to pick them up we have added a limited time “Survival Supply System” before the next Survivor Pass. The system will provide daily and weekly missions to accomplish and provide BP as a reward. Don’t forget to scope out the new items you can buy with the BP you earned in the store!

However, the system is free. And Unlike the previous supply system, there is no level and rewards once daily/weekly missions are accomplished.

Other changes and improvements in PUBG patch 30

Leaving all these big changes in the game, there are a couple of gameplay improvements that have been done, with a lot of minor changes and bug fixes. To name a few, improvements in weapon mastery, small UI changes, better gameplay optimization are now implemented.

To get a deeper insight into the update, please check the video attached below!

So, are you excited about this new update? Do let us know in the comments below!

PUBG Mobile India Tournament: Everything we know so far

Things you need to know about PUBG Season 4

PUBG Mobile India Tournament: Everything we know so far