The first Overwatch League 2018 season just ended. The tournament was very well done and Overwatch’s exciting nature made it amazing to watch. There were many popular celebrities present including Courtney Miller, DJ Khaled, Jon Bon Jovi, Brooklyn Nets Player D’Angello Russel, and more. This Overwatch Tournament was held at Barclays Centre, New York with 19,000 seats which were all sold out. The famous personalities present at tourney loved watching the game, and Courtney Miller even said that the ‘#TheFirstFinals have WAY more action than multiple football games put together’ in her recent Instagram post. Needless to say, the tournament was a huge success and here is a quick recap with winners, rankings, and highlights! 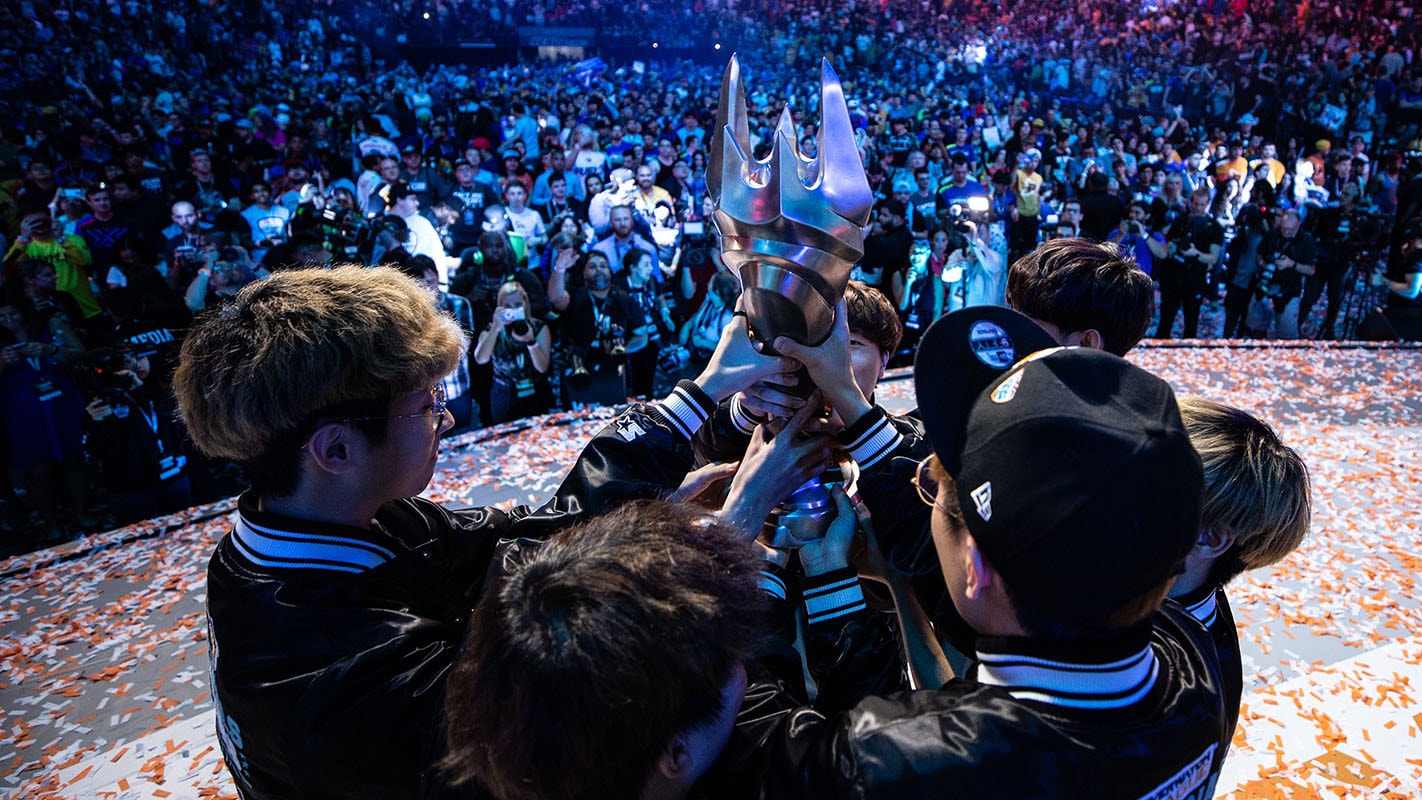 Congratulations London Spitfire! They truly made history by winning the first Overwatch League trophy and they were well deserving of it after such a long season. They earned $1,000,000 in prize pool money and even some Blizzard-themed items. They defeated Philadelphia Fusion at King’s Row winning with a final score of 3:2. They opened up really well in the first round played in Junkertown, with an insane Orisa team play by Hong “Gesture” Jae-Hee. Hong said that their team really understands the meta of chaining multiple ultimate abilities together and make team fights end in favor of them.

Their DPS player Jun-Young “Profit” Park was awarded MVP of the Overwatch League Grand Finals. He pulled off some amazing plays while being Tracer and Genji in the grand finals. He said – “The main thing is that they create a lot of space for us to deal damage freely, and that’s where our power comes from.”

Many casters predicted that London Spitfire’s tank and support heroes were great players and were no match for Philadelphia Fusion’s DPS players. They were second in this tournament and took home a total of $400,000 USD in prize money. Team New York Excelsior ranked third in the tournament, followed by Team Los Angeles Valiant in the fourth position. The third & fourth standing teams got $100,000 in prize pool money.

Here are some highlights from the Overwatch League Grand Finals.

An amazing end to an amazing season

The first Overwatch League Season was absolutely amazing. I believe it was a big step for the esports future of Overwatch and really showed people how fun to watch esports tournaments can be. Some people even found it to more fun to watch than mainstream sports like Football! Overwatch’s competitive, exciting and fast-paced nature surely helped a lot. What did you think about the first big Overwatch tournament?

Origin’s On the House program has been retired, EA confirms

Credit Monitoring Through a Credit Card

[…] Information on that Topic: esportsportal.com/overwatch-league-2018/ […]

[…] Here you will find 858 additional Information to that Topic: esportsportal.com/overwatch-league-2018/ […]