N0tail has been inducted in the Forbes 30 under 30 list in Gaming!

by Pawn
in Dota 2, News
5 min read
0
Home Dota 2
71
SHARES
707
VIEWS
Share on FacebookShare on TwitterShare on WhatsappShare on Linkedin

Johan Sundstein, better known as N0tail or BigDaddyN0tail is one of the oldest players in the Dota 2 scene. Originally a Heroes of Newerth player, N0tail transitioned from HoN to Dota 2 in early 2012 with Fnatic. In his HoN days, N0tail was one of the youngest competitive players in the world, where he played the Solo Mid role. N0tail started playing HoN at 15 years old and met his longtime friend turned rival, Tal “Fly” Aizik in-game, after which they decided to play together. Johan along with Fly, formed a team with their friends which later became an unsponsored side project of Fnatic manager Danijel “StreeT” Remus. After N0tail’s team started showing their brilliance, the existing HoN roster of Fnatic was changed, adding N0tail and Fly into the main roster with Henrik “FreshPro” Hansen and Kalle “Trixi” Saarinen. Fnatic’s new roster was an instant success, winning many consecutive LANs. After the success of TI1, N0tail along with his entire Fnatic roster made a switch to Dota 2. N0tail shifted from the Solo Mid role to the Support role. He became infamous as one of the best players on micro intensive heroes like Chen and Visage as he played them a lot. Other than Chen and Visage, N0tail also showcased his skills on non-support micro heroes like Lone Druid and Meepo. Till date, many players in the community commend him on his micro skills. He is also a very versatile player, shifting from the Carry to Support role whenever he needed to in his career.

In the early days of N0tail’s Dota 2 career, he used to stream on Twitch. It was one of the most famous streams in the Dota 2 community at the time, and he acquired a wide range of fans from it. His incredible skill, combined with his charm and sense of humor made a very entertaining stream. This was not for long though. After a few months with Cloud9, N0tail reunited with Fly and formed a new team named (monkey) Business which would later become OG. OG was a huge success, winning 3 Majors and becoming the favorites to win TI6.

Sadly, OG performed poorly in both TI6 and TI7. They started performing even worse in the 2017-18 season and in a surprising turn of events, N0tail’s best friend Fly along with s4, left OG to join Evil Geniuses. This left OG in a really bad spot, missing two players right before TI8. OG also had to withdraw from The China Supermajor which was the last DPC event before TI8.

Through all these hardships, N0tail captained his team into winning TI8 with a fresh roster, consisting of newbies to the pro scene like Topias “Topson” Taavitsainen. OG wasn’t even invited to the TI 8 qualifiers and starting out from the open qualifiers, OG managed to win TI8 against all odds beating PSG.LGD 3-2 in a nail-biter of a Grand Finals. A TI Winner, one of the most loved Dota 2 personalities, one of the best micro players, one of the best Dota 2 streamers, a flower, a rainbow and a true living legend – N0tail was inducted into the Forbes 30 under 30 in Gaming and he more than deserved it. Congratulations N0tail and thank you for entertaining us for so many years with your amazing personality and top tier professional play. 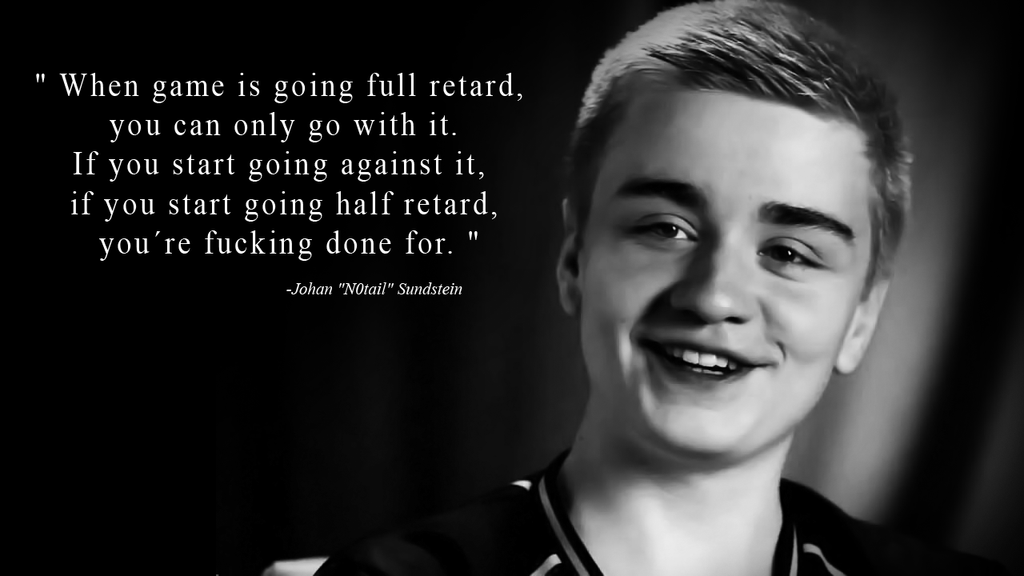 I write about Esports and Gaming in general. I’d love it if you followed me on Twitter and Facebook . Thanks for reading.

rv sales near me