Since there isn’t enough information about this beautiful game on the Internet, I compiled a list of interesting facts about Dota Auto Chess. I have tried my best to keep this article factually correct. If you spot any mistake, please feel free to write a comment down below and I will fix it ASAP. Let’s get started with some juicy facts now.

Divine Protection, when triggered, gives a shield to the unit which provides 75% magic resistance and 30 armor for 3 seconds.

When you have 2 or more Knights, the game is programmed to make a roll(s) every 3 seconds with a 30% chance to give your knights a shield.

In simple terms, the chance of for the shield to proc increases with the number of knights you have on the board (2, 4 or 6).

This also means that you can proc 2 shields with 4 Knights, and 3 shields with 6 Knights because the game rolls twice for 4 Knights and thrice for 6 Knights. WTF IS THIS NECROPHOS IN DOTA CHESS? from r/AutoChess Someone just got an ultra rare chaos knight who had phantasm as a spell. Instant lvl 4(?) unit from r/AutoChess

About Ebay store Update from r/AutoChess

They mentioned that they are working on an application through which players can purchase candy directly. It was supposed to launch on 13th February but it hasn’t released yet.

Currently if you go and check on eBay, 2 listings are still available for Dota Auto Chess Candy – one for 200 candies and one for 640. Both the listings are by the same seller named “fyourdeals” from United States. He has 90% positive feedback but I am not certain if that is legit. 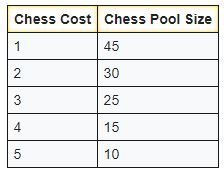 Drop a like and a comment if you liked this article and want me to do another one. If you like Dota Auto Chess, check out my Advanced Auto Chess Guide and Patch Analysis article. I’d love it if you followed me on Twitter and Facebook . Thanks for reading.

[…]we prefer to honor many other online internet sites on the net, even though they arent linked to us, by linking to them. Beneath are some webpages worth checking out[…]